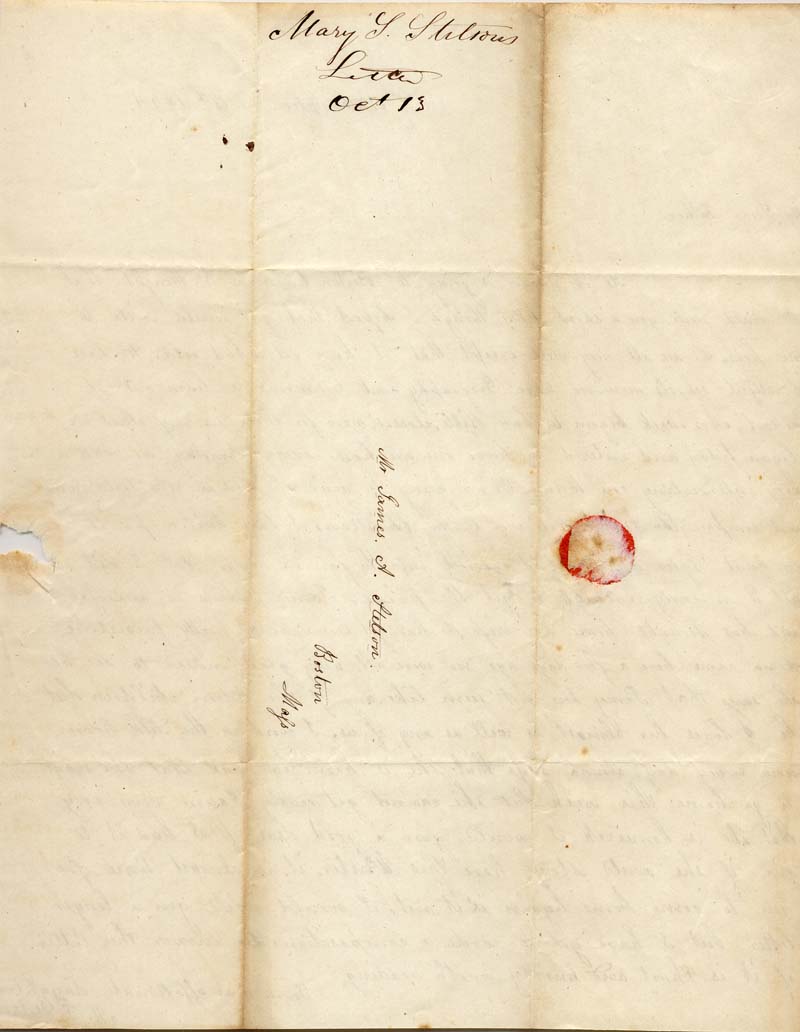 Northampton Oct 13th 1844,
My Dear Father.
As Mr Swazer1 is going to Boston tomorrow I thought that I would write you a short letter. though I hoped that you would write to me first. We are all very well except that I have got a bad cold. We have beautiful schools now. we have Geography and Grammer to learn out of School. Mrs Mack began to have Bible classes now for those in my class we began today and intend to have one an hour every Sunday we had a very interresting one to day.2 We are going to read the Old and New Testament and compare the Jewish Religion to the Christian. I have knit a purse for Aunt Tyler and had it carried into the fair in town but I did n[ot] get it in early eneough to get the prize. James Atkins is married and has brought home his wife, he has got some very pretty furniture. Anna3 came here a few days ago we were all very glad indeed to see her she says that Jamy does not seem like any of the Stetson children but he loves her almost as well as any of us. I work in the Silk Room now every day. Anna says that she is homesick and that she wants to go home this week . but she cannot get ready. I am very sory that she is homesick I would give a good deal if I had it to give if she would stay here this Winter, it is almost time for you to come home again is it not: I would write you a longer letter but I have got to write a composition. Do answer this letter if it is short and hardly worth reading
From your affetionate daughter