During the Industrial Revolution Springfield became a center of economic growth, exporting manufactured goods around the world. Advances in technology improved agricultural methods and also contributed to the growth of the factory system.

In the Pioneer Valley, as the importance of farming declined and fewer people were able to produce more food, many people left the countryside to work in new factories. These developments — new opportunities for a growing workforce and technological progress — fueled the development of manufacturing, and dozens of mills and factories transformed themselves in just a few years from trading markets for local farmers to teeming factory towns.

In Springfield, by 1830 eighteen different industries employed more than 600 people. By 1850 a large workforce was producing 20,000 guns a year in the Springfield Armory, and the city also produced swords, footwear, tinware, leather, stoves, and plows.

Historians use all kinds of evidence to interpret the past, including old advertisements.

Study the following advertisements to evaluate the changing economies in the Pioneer Valley in the nineteenth century. 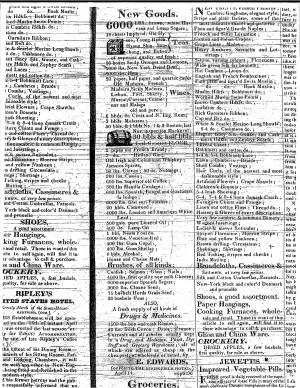 Before you look at them, read the "background" narrative. This will help you get the most out of each advertisement and make it easier for you to answer the questions.

Both the steamboat Barnet and the railroad were vital to the Industrial Revolution, which launched explosive growth in manufacturing that continued into the twentieth century. Consider a small sample of products made in Springfield from the early nineteenth century to the twentieth.

Examine the images of products manufactured in the Connecticut River Valley. Then answer the questions that follow.

After you have reviewed the products made in the Valley during the Industrial Revolution, find out if any of them are still produced today. Use the following questions to begin your research.