This page will help you work with primary sources, including a series of letters from William Lathrop. You will also have the chance to look at an account of traveling on the river by Timothy Dwight. 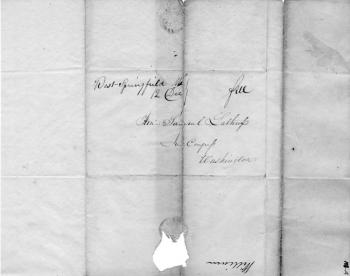 The letters that William Lathrop wrote to his father Samuel Lathrop capture the excitement about the maiden voyage of the Steamboat Barnet.

William Lathrop was born in West Springfield and raised in one of the most prominent families of the Connecticut Valley. His grandfather, the Rev. Joseph Lathrop, who dedicated the first bridge across the river, served as minister of the First Congregational Church of West Springfield   for sixty-three years.

William’s father, Samuel Lathrop, was an important state and federal political leader. He served in the Massachusetts State Senate from 1808 to 1810 and again from 1814 to 1818. He then served four successive terms in the U.S. Congress, from 1819 to 1827. After serving in Congress, he returned to the Massachusetts Senate for two more years.

The surviving letters begin in 1819 and continue through 1827, the period when Samuel Lathrop was serving in Congress in Washington, D.C. (“Washington City”). William was living in West Springfield when the Barnet made her first voyage up the river. The arrival of the Barnet at the Springfield wharf was extremely important to people all along the upper river, for they knew it meant progress and commercial expansion. 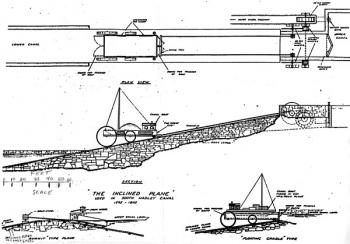 Your teacher will help you to understand what primary sources are, why they are important, and how to evaluate them. As you review the source, ask yourself: Who created the document and why? Why is it valuable?

Read The Story and the Lathrop Letters