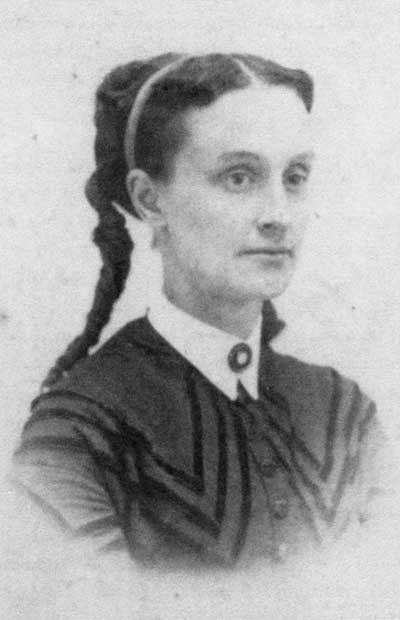 This is a photo of Almira’s sister Lucy. No image of Almira is known to exist.

Almira Stetson was born on May 22, 1828 in Brooklyn, Connecticut. She was the eldest child of James and Dolly Stetson and had six younger siblings, born between 1831 and 1844. Almira’s parents became increasingly involved in the local abolitionist movementMovement to abolish/end slavery in the United States that increasingly gained support in the 1830s, 40s, and 50s. while living in Brooklyn.

In 1842, her parents became members of the Northampton Association of Education and Industry. Her father was to work as traveling sales representative for the Association’s silk. So at age fifteen, Almira moved to Northampton, Massachusetts with her family.

At the Association, she lived in the communal boarding house with her mother and siblings. Almira went to school and worked in the cocoonery, feeding silk worms and reeling silk into thread. She wrote to her father that her education at the Association inspired her to pursue her studies further, although she found work in the cocoonery quite tedious. (Click on the image to view a video demonstration of the difficult reeling process.)