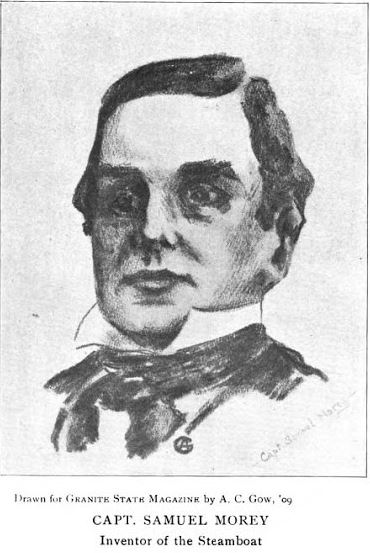 An Orford, New Hampshire inventor and engineer, Morey launched the first steamboat on The Connecticut River. From 1780 to 1830, Morey experimented with steam to propel boats, taking out various patents for steam machinery. In his lifetime, he registered over 20 patents relating to combustion engines and steamboat transportation. In 1792, he and a friend used the vessel to travel up the Connecticut River from Orford, New Hampshire to Fairlee, Vermont at four miles per hour, and returned. Morey continued his experiments, improving the steam engine and the design of the boat, but interested investors were unable to follow through and Orford’s steamboat did not become a commercial success